The clinical efficacy of Blissel has been evaluated in the following clinical studies:
The therapeutic effect of a new ultra-low concentration estriol gel formulation (0.005% estriol vaginal gel) on symptoms and signs of post-menopausal vaginal atrophy: results from a pivotal phase III study.2
In a double-blind placebo-controlled trial, 167 post-menopausal women with vaginal atrophy were randomised to receive either 1g of vaginal gel containing 50 microgram estriol or 1g of placebo (vehicle) gel, daily for 3 weeks and then twice weekly for a further 9 weeks.

After 12 weeks of treatment, women receiving estriol gel (n=114) showed significant
improvements in the maturation value of vaginal epithelium (the primary endpoint – see Figure 4) and vaginal pH (see Figure 5) compared with those receiving placebo (n=53; p < 0.001 for both endpoints). There were also significant improvements in signs of vaginal atrophy such as fragility, dryness and pallor of the mucosa and flattening of folds.

For patient-reported symptoms, assessed as
secondary endpoints, statistical significance versus placebo was reached for vaginal dryness after 12 weeks of treatment, but not for dyspareunia, vaginal pruritus, burning or dysuria. Nevertheless, the mean global symptom score at week 12 was significantly lower in women treated with estriol than in those who received placebo (p=0.02).

In total 88.2% of estriol-treated patients reported improvement, or resolution, of vaginal dryness compared with 66.7% of patients who received placebo (p=0.001). The authors highlighted the hydrating properties of the gel vehicle, which was used (without the active ingredient) as the study placebo and could have contributed to the lack of significance achieved for some of the patient reported endpoints. 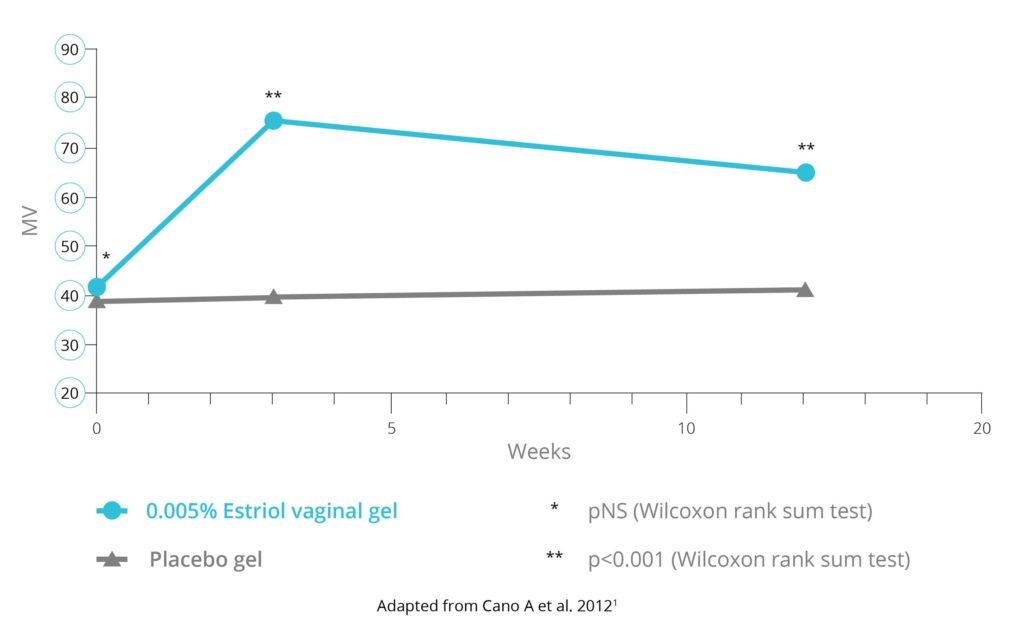 Overall, 73.6% of patients in the estriol group considered the gel's effectiveness as excellent or good, compared with 43.1% of those in the placebo group. Opinion on aspects related to the product itself (leakage, cleanliness, and ease of administration) was, as expected, more balanced with 87.7% (estriol) and 84.3% (placebo) considering these special features as excellent or good - see Figure 6.

Treatment-related adverse events were similar in the two groups. 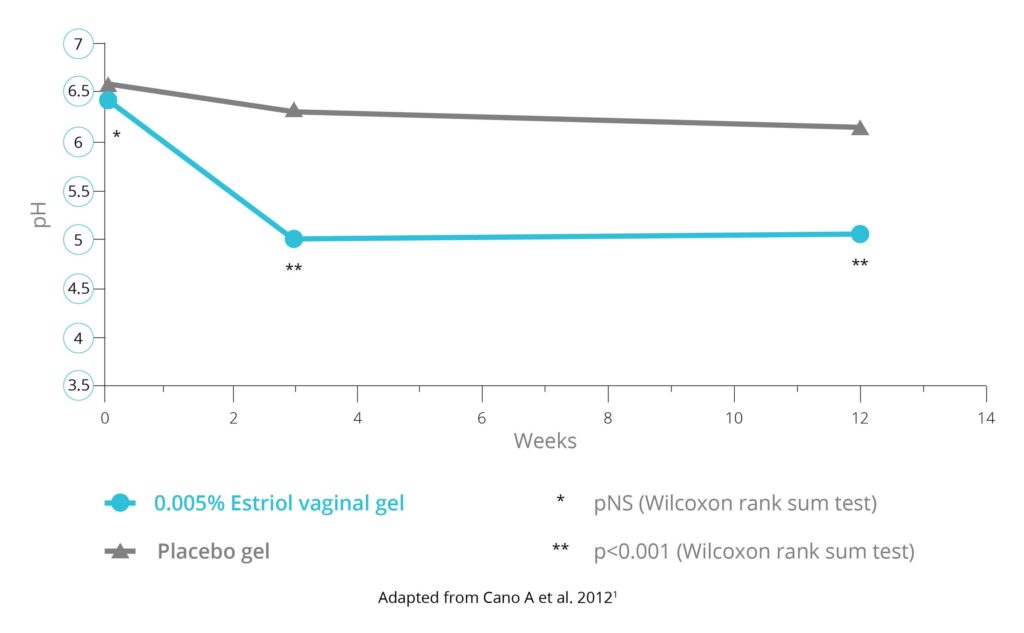 Figure 6. Final evaluation of the acceptability of therapy as expressed by patients at the final visit 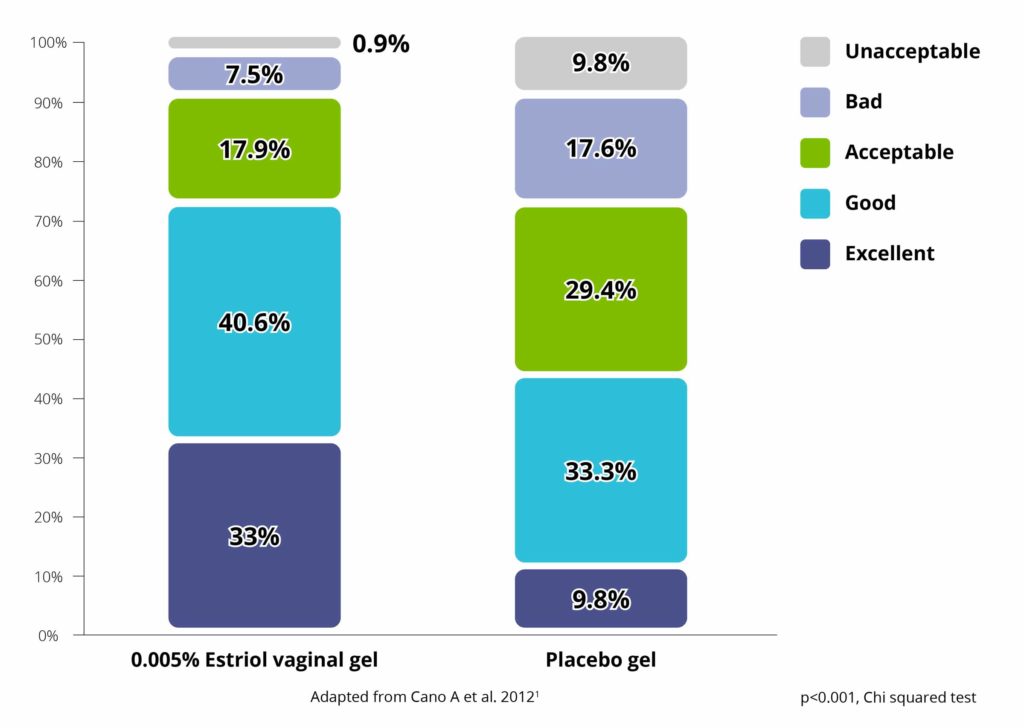 Quality of life and sexual function of naturally post-menopausal women on an ultra-low concentration estriol vaginal gel3
Post-menopausal women with vulvovaginal atrophy symptoms and sexual disorders were enrolled in a case control study. Sixty-eight women were treated with vaginal gel (containing 50 mcg of estriol) daily for 3 weeks and then twice weekly up to 12 weeks.
Determination of vaginal maturation index, vaginal pH, and assessment of vaginal atrophy symptoms were carried out. QoL, sexual function, and distress were also investigated. Changes between baseline and week 12 were assessed.
Figure 7. Vaginal pH of postmenopausal women before and after 12 weeks Blissel treatment 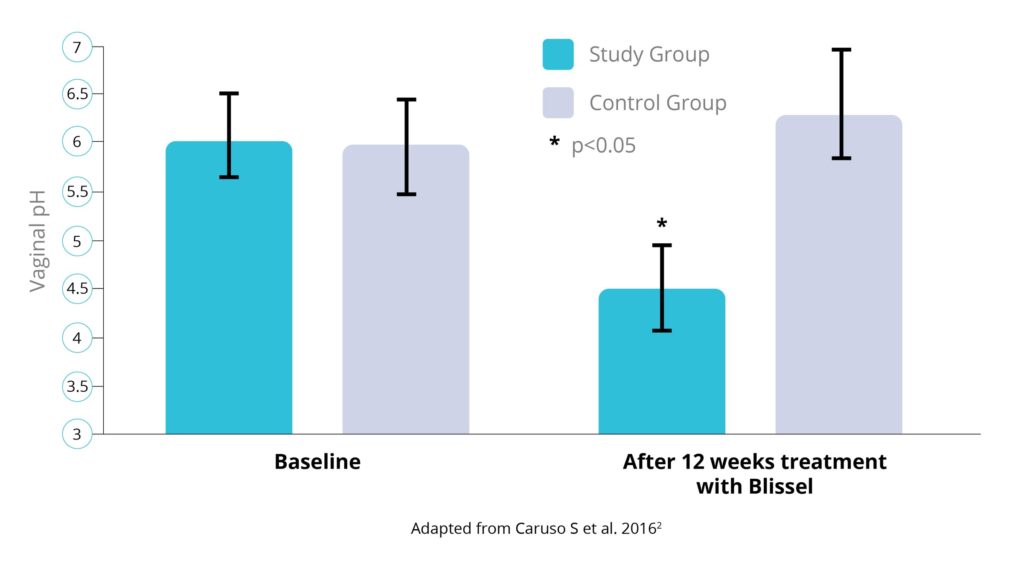 After 12 weeks treatment, women on estriol vaginal gel had a significant increase in vaginal maturation index and improvement of vaginal pH (see Figure 7) compared with baseline (p < 0.05) and there were significant improvements from baseline in somatic aspects of quality of life (p < 0.05) and sexual health- see Table 2.
Table 2. Comparison between baseline and 12th week follow-up Female Sexual Function Scale (FSFS)

We use cookies on our website to give you the most relevant experience by remembering your preferences and repeat visits. By clicking “Accept”, you consent to the use of ALL the cookies.
Cookie settingsACCEPT
Manage consent

This website uses cookies to improve your experience while you navigate through the website. Out of these, the cookies that are categorized as necessary are stored on your browser as they are essential for the working of basic functionalities of the website. We also use third-party cookies that help us analyze and understand how you use this website. These cookies will be stored in your browser only with your consent. You also have the option to opt-out of these cookies. But opting out of some of these cookies may affect your browsing experience.
Necessary Always Enabled
Necessary cookies are absolutely essential for the website to function properly. These cookies ensure basic functionalities and security features of the website, anonymously.
Functional
Functional cookies help to perform certain functionalities like sharing the content of the website on social media platforms, collect feedbacks, and other third-party features.
Performance
Performance cookies are used to understand and analyze the key performance indexes of the website which helps in delivering a better user experience for the visitors.
Analytics
Analytical cookies are used to understand how visitors interact with the website. These cookies help provide information on metrics the number of visitors, bounce rate, traffic source, etc.
Advertisement
Advertisement cookies are used to provide visitors with relevant ads and marketing campaigns. These cookies track visitors across websites and collect information to provide customized ads.
Others
Other uncategorized cookies are those that are being analyzed and have not been classified into a category as yet.
SAVE & ACCEPT